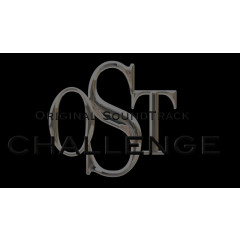 The Original SoundTrack Challenge (OST Challenge) is the French international competition, of musical composition for the film. He takes part in the promotion of the musical creation for the image in all its forms, by wishing to make known this artistic discipline to the greatest number, and to put in relation the various actors of this profession.
This competition project was born under the impetus of Gilles ALONZO and Jean-Marc SERRE, composers and respectively responsible for the Class of composition for the Image of the National Superior Conservatory of Music and Dance of Lyon ( CNSMD of Lyon ) and of the Master Music Applied To Visual Arts of the University Lyon 2 ( MAAAV Master ).
The partners: Clermond-Ferrand International Film Court Festival, Auvergne National Orchestra, Studios Palace, SACEM, CNC, Auvergne Rhône Alpes region, ATS Studios Lyon, MAAAV Master - University Lyon 2, Class of composition for the Image - CNSMD Lyon.
More details:
Visit website
Email competition
Whilst musicalchairs makes every effort to ensure that the information listed IS accurate, fair AND genuine, we cannot take responsibility if it transpires that an advert has misled.

Keep up to date with the latest Jobs, Courses, Competitions and News for Komposition.