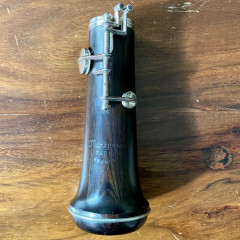 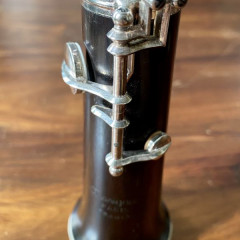 I bought this beautiful bell when I had a Marigaux 2001 model. I didn't like the original bell (the first 2001 models had a modified bell, which Marigaux abandoned with later models) and bought this as a substitute bell. It vastly improved the sound quality and stability of intonation in the 1st octave.
As I no longer have the 2001 oboe, I don't need this bell any more!
Vendedor:
Nigel Shore
Tel: +4917624715606
Email seller
Whilst musicalchairs makes every effort to ensure that the information listed IS accurate, fair AND genuine, we cannot take responsibility if it transpires that an advert has misled.

Keep up to date with the latest Jobs, Courses, Competitions, Instrument Sales and News for Oboe.