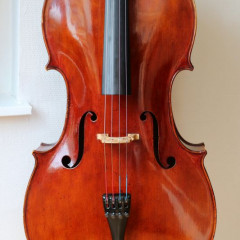 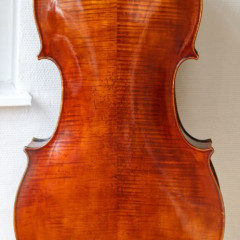 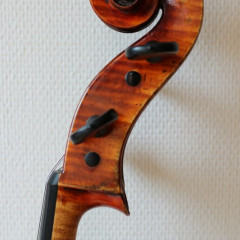 The cello is built over a model by Antonio Stradivari.
The radially cut, two-part top made of hazel spruce has a fine growth in the middle area and becomes wider towards the flanks. The two-part maple base is also cut radially, the growth medium-wide with a tendency to form water streaks. The medium-wide flaming falls off slightly from the joint. It is characterized by a large number of small eyes that are distributed over the entire floor. The sides are made of narrower, less deeply flamed Ahorn. The fine-grained snail has a deep flame. The red-brown lacquer lies on an orange-gold background; The cello is lacquered in an imitation style.
Certification: Value Certificate from Berbuer Geigenbau Leipzig
Venditore:
Hugo Paiva
Email seller
Whilst musicalchairs makes every effort to ensure that the information listed IS accurate, fair AND genuine, we cannot take responsibility if it transpires that an advert has misled.

Keep up to date with the latest Jobs, Courses, Competitions, Instrument Sales and News for Violoncello.