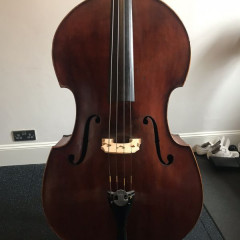 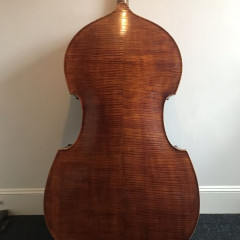 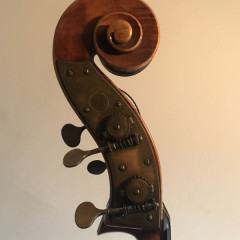 German double bass from the late 19th/early 20th century, restored in 2004 to a high standard and played to diploma level. Ideal for a young bassist looking to take their playing to the next level, either in an orchestra or solo. Fitted with solo strings. Based in South London.
Certification: n/a
Venditore:
Charles Osborne
Email seller
Whilst musicalchairs makes every effort to ensure that the information listed IS accurate, fair AND genuine, we cannot take responsibility if it transpires that an advert has misled.

Keep up to date with the latest Jobs, Courses, Competitions, Instrument Sales and News for Contrabbasso.