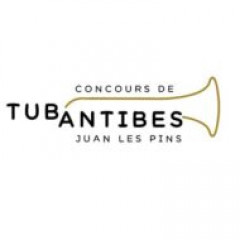 2nd edition of the International Tuba/Euphonium/Saxhorn Competition of Antibes Juan-les-pins from March 10th to 12th, 2023.
Three instruments for this edition: Bass Tuba - Euphonium/Saxhorn - Alto Horn Eb.
Many categories open according to age with many prizes.
The three 1st prizes in the "Excellence" category (candidates up to the age of 30) are a Commitment for a solo concert and a Master Class (2023/2024 season) - for a total of 1500 €.

Keep up to date with the latest Classical Music News, Jobs, Courses, Competitions and Instrument Sales.