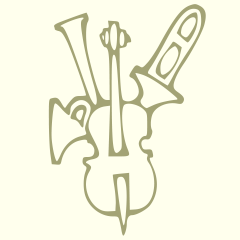 Was taken out of my van while I was working in "The Haunting" at the fairgrounds, along with a canon T2i camera and bag.
Beschreibung des Instruments:
This trombone was stolen from me in Oct. 2011, and I'd give anything to have it back. It was the first instrument I ever owned, and it is VERY near and dear to me. The case is missing all but the bell-end latch, and is lined in blue, the trombone has several notable dings, including one on the bell from me lazily leaving the mouthpiece in the slide section and putting it back in the case as a kid, and there is a small dent on the bell section near where the slide attaches.
Owner:
Ryan Barber
Email owner
Whilst musicalchairs makes every effort to ensure that the information listed IS accurate, fair AND genuine, we cannot take responsibility if it transpires that an advert has misled.

Keep up to date with the latest Jobs, Courses, Competitions, Instrument Sales and News for Posaune.