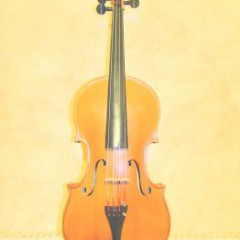 Possibilities…or culprits, Ukrainian or Russian workers, Movers from American Van Lines or Trans United Movers English not spoken well
Beschreibung des Instruments:
My Ernst Reinhold Schmidt Violin was stolen in late September/early October 2012. The label inside stated it was a Stradivarius copy made in 1920. Saxony. It was stolen with a rare Otto A. Hoyer Bow which had the inscription of Stramm. The other bow that was in the Gieb black leather case was a Conrad A Gotz bow with a 3 star designation. Also stolen was a red Godin SDXT, an AC50 Yorkville amplifier and a Couesnon cornet. We believe the contracted movers may have stolen them when the storage unit was opened to assess the move, for which we were not present.
Owner:
Steve Gokool
Tel: 845-533-4755
Email owner
Whilst musicalchairs makes every effort to ensure that the information listed IS accurate, fair AND genuine, we cannot take responsibility if it transpires that an advert has misled.