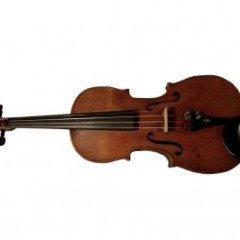 customs inspection act was made major inspector Bondarec AL
Beschreibung des Instruments:
June 24, 2016 Customs service airport "Domodedovo" (Moscow, Russia) was withdrawn (expropriated) a musical instrument (violin) owned by me and my wife. The violin was imported into the territory of Russia for the first time and does not belong to the cultural heritage of Russia. Perhaps that the violin will be illegally sold or ownership will be transferred to other persons illegally. The violin was seized as a contraband (such as cigarette box, or small-scale batch of clothes)
Owner:
Arvidas Kveglis
Tel: +201068670310
Email owner
Whilst musicalchairs makes every effort to ensure that the information listed IS accurate, fair AND genuine, we cannot take responsibility if it transpires that an advert has misled.